The sun had not yet risen on this early morning XC meet at Grain Valley once the Truman XC teams arrived, yet the teams both arrived early before the competition to make their stake on the Grain Valley Pre-conference Sock It To Cancer Invite. The boy’s warmed up early and often in the cool, dark course to prepare for their first attempt at the challenging pre-conference meet. It paid dividends for the Patriots as the boy’s team took to the course first in dominant fashion with a 1st place finish by Senior Josh Nunn, followed by Junior Jack Getman 2nd place, and Junior John Crump 4th place. They led the charge for the Patriots for their first place team finish overall. The 4th winning effort by the team this season in a meet. The girl’s race was led by freshman Jayda Cisco in 8th overall followed by teammate Molly McClung in the top 15 overall in a competitive pre-conference race. The girl’s team battled health issues without a team score this week but look to get on track this week coming up in preparations for the conference championships held at Grain Valley on Oct. 10th. It is the first team victory by the any team from Truman since the inception of the Grain Valley meet 7 years ago. The meet victory marks the 4th win of the season, the most by a Truman squad since the 1997 team led by coach Tom Billington. 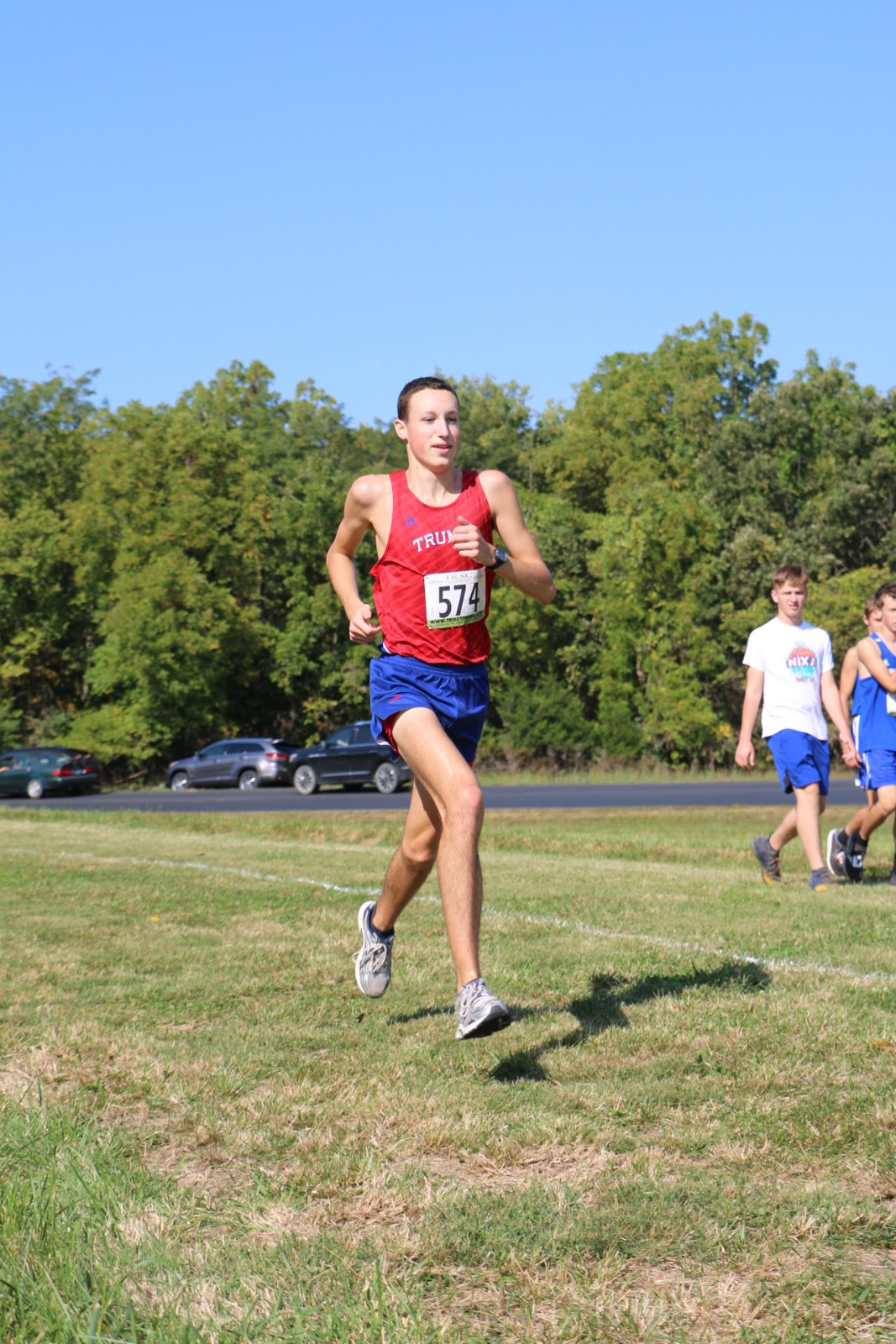